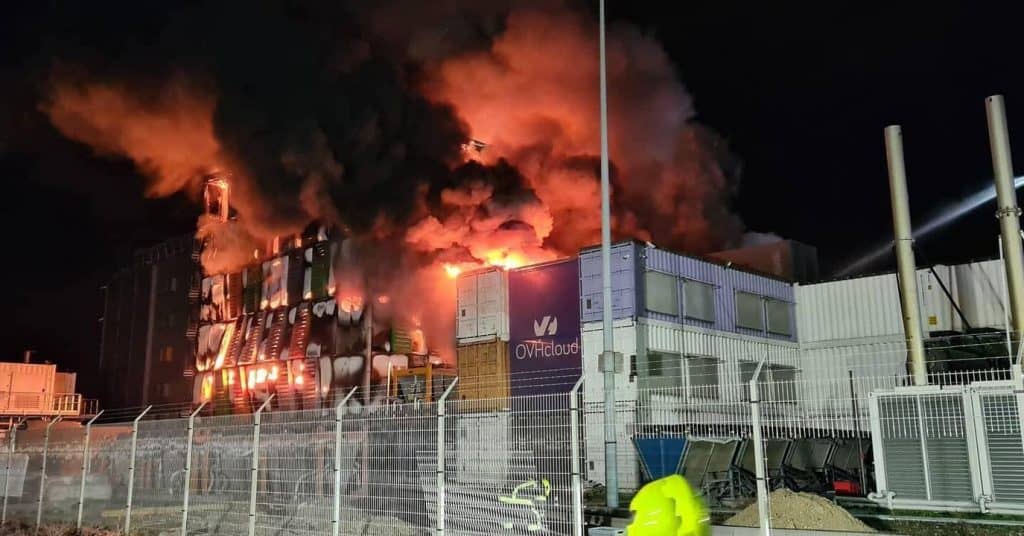 On March 10, OVHcloud founder and chairman Octave Klaba shared on Twitter the news that fire has destroyed at least one data center belonging to his company and caused the company to shut down four of its data warehouses.

“We have a major incident on SBG2,” Klaba said in the tweet. “The fire declared in the building.”

According to him, firefighters were immediately on the scene when the fire started, but could not control the fire in SBG2, the company’s warehouse. The whole site has been isolated, that’s why the company stopped all services in its warehouses SGB1-4.

OVHcloud has over 1.5 million customers around the world and offers a cloud, dedicated servers, and managed bare metal servers. The company has 27 data centers in countries like the US, UK, France, and Australia.

The data centers impacted by the fire are located in Strasbourg, France. The company says SBG2 has been completely destroyed. And SBG1 has been destroyed partially, but firefighters were able to protect SBG3.

Klaba said in a Twitter update that “everyone is safe.”

Throughout the ordeal, Klaba kept sharing updates with his customer  on Twitter. In one update he shared that firefighters continued cooling down the warehouses with cold water.

IN another update, he told the customers the servers wouldn’t be online today: “We don’t have the access to the site. That is why SBG1, SBG3, SBG4 won’t be restarted today.”

The fire has now been put out.

OVHcloud urged impacted clients to restore their data from backups to minimize downtime and disruption.

“We recommend [you] activate your Disaster Recovery Plan,” Klaba said.

While monitoring the situation on-site, Klaba shared an update:

“We finished to shutdown the UPS in SBG3. Now they are off. We are looking to enter into SBG3 and check the servers. The goal is to create a plan to restart, at least SBG3/SBG4, maybe SBG1.”

According to Klaba, while all servers in SBG3 are non-operational yet, they are “okay.”

The company is working on restarting the survived servers and checking the condition of SBG1.